Tarzana Boxing & Fitness offers World Class Instruction in Muay Thai Boxing. We can customize your training to meet the fitness goals of both the beginner and the more serious Muay Thai fighter.

Muay Thai is a close-combat sport of Thailand that uses stand-up striking along with various clinching techniques. Based upon the philosophy of using the entire body as a living weapon, this physical and mental discipline is referred to as the “Art of Eight Limbs” or the “Science of Eight Limbs”. It makes use of punches, kicks, elbows and knee strikes, thus using eight “points of contact”. For example: the hands become the sword or the dagger; the shins and forearms are trained to be like armor so you can defend yourself against heavy blows; the elbow is related to a heavy mace or hammer; the legs and knees are the axe or a staff. Other more regulated combat sports, such as boxing and kickboxing use “two points” (fists) or “four points” (hands and feet) respectively.

Muay Thai is associated with a good physical preparation that makes a full-contact fighter very efficient. The sport became internationally widespread in the twentieth century when practitioners defeated notable practitioners of other more conventional martial arts. A professional league is governed by the World Muay Thai Council. 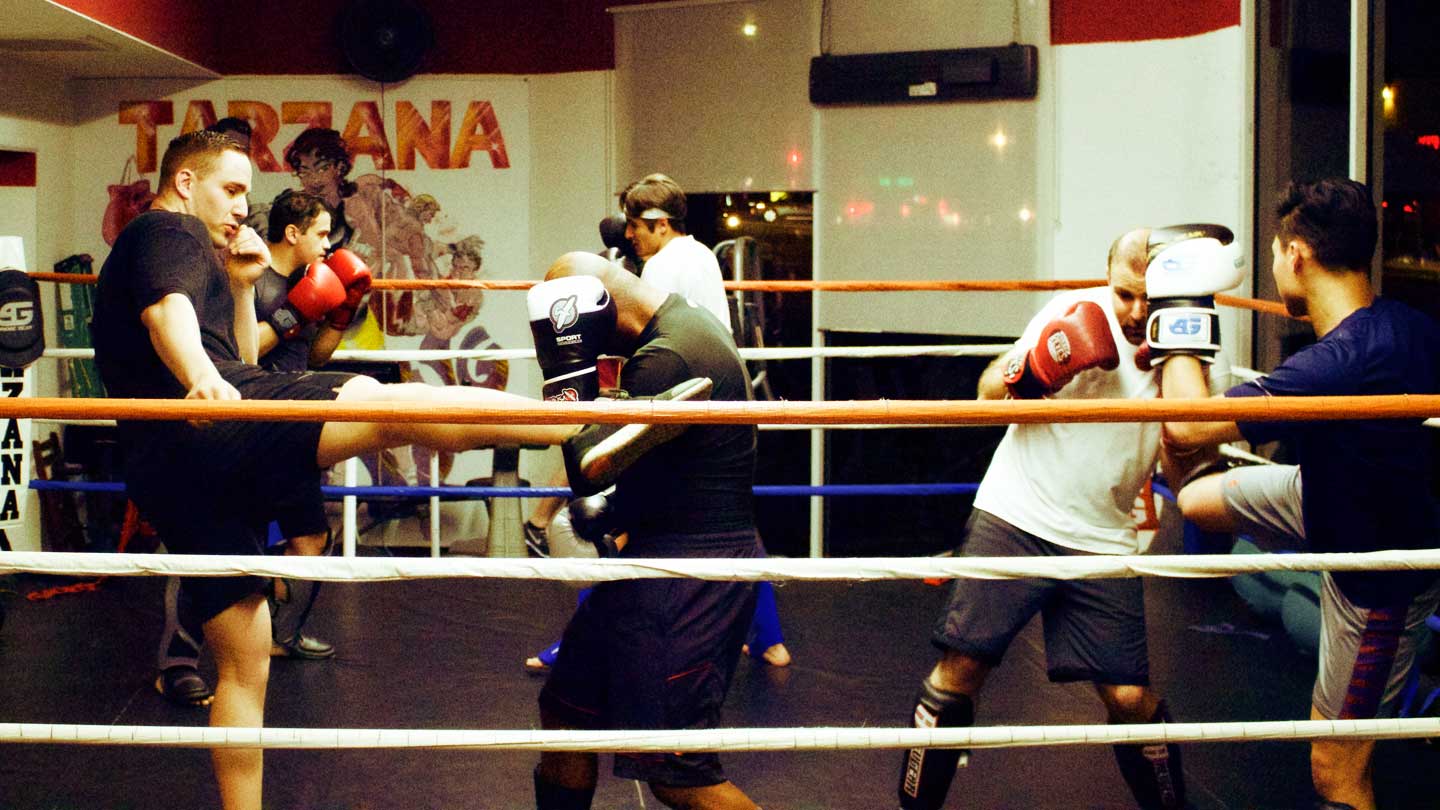 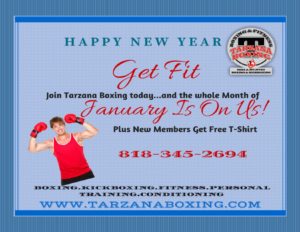 John E
Being involved in boxing for over 30 years, I can soundly say, Tarzana Boxing is by far the best workout facility in the Valley. Not only do they have the best group of trainers and instructors I’ve ever seen in one place. But you also get a great family atmosphere that every member enjoys being a part of. I highly recommend Tarzana Boxing to anyone willing to learn. You will  have a great time while getting in shape.
Melissa C
I have been going to Tarzana Boxing for about 3 months and LOVE IT! It is so much fun and I never leave without being drenched in sweat. This has been the only workout I have been able to stick to faithfully for some time now. I feel my body changing and have more energy throughout the day.The instructors are AWESOME and so are the owners. They are a super nice couple that are always helpful. I recommend taking Thor’s kickboxing class if you want a real workout! They are open 7 days a week and have classes that fit any schedule.
Melissa B
This is not just another hobby for me, this has changed my life. I love the kickboxing classes and soon I will be doing the Boxing classes. Each class is amazing and gives me an incredible workout. I’m on my way to lose 25 pounds and so far have lost 9 pounds.The instructors are amazing.I have to admit Thor is my favorite instructor, plus he’s pretty cute. Actually all the instructors are attractive,which always makes me work a bit harder.I look forward to hitting my goal
Anita T
Wonderful teachers! Fantastic staff! The owners rock! Great workout! Love this place! ?
prevnext